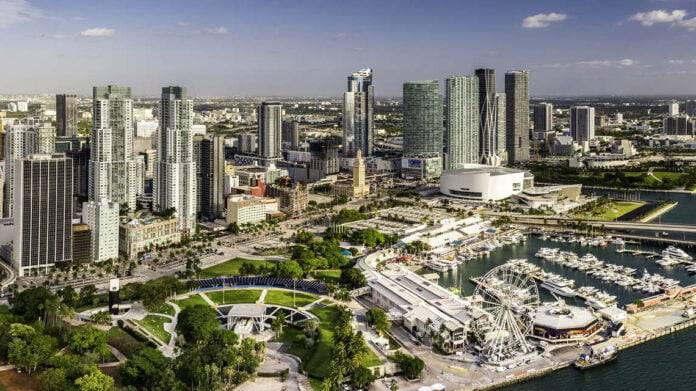 Looking for trustworthy and experienced real estate agencies in Miami? Look no further than our list of the top 10 best firms in the area!

We’ve compiled a comprehensive list of the most reputable and reliable agencies, so you can rest assured that you’re working with a team you can count on. Browse through our selection and find the right agent for your needs!

If you have completed watching the video below, you have a reason to fall in love with real estate agencies in Miami, the beloved cosmopolitan city of the Sunshine State.

We are pretty lucky to live here and if you are harvesting the idea to become a Miami local too, there’s a hell of a lot more to love about this place, not just a listing of the average temperatures in January and February.

One of the most significant financial decisions most people will make is whether to purchase a home or rent an apartment in Miami.

However, many individuals give little attention to selecting the top real estate companies in Miami for their requirements. Agents are frequently chosen purely on the basis of a friend’s recommendation or a newspaper advertisement.

But choosing the right agency in Miami can save you time, effort, and aggravation in finding the perfect home at a price you can afford or selling your home quickly for top dollar.

With all the tools and advice available today ranging from books and magazines to online advice like this lesson – it would be possible for you to buy your home almost completely without the aid of real estate professionals. However, the Best Real Estate Company must always be chosen! Here you are our advice:

Many new projects are emerging in Miami and some of them are grabbing attention globally, bringing style, comfort, and innovative lifestyle to Miami. To make it easy for you, we have some suggestions that might help…

RE/MAX – You’re in the right place! 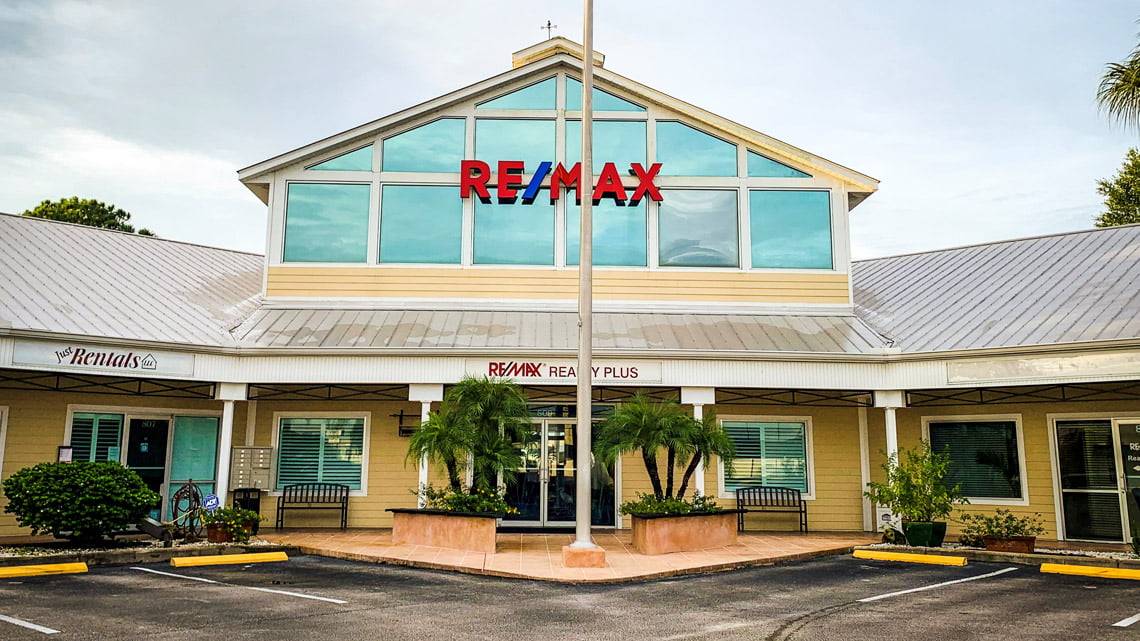 RE/MAX is an abbreviation for “Real Estate Maximums,” and the company has been in operation since 1973. Throughout its 40-year existence, the company has grown to encompass 90,000 sales agents working in franchise-owned and managed offices in over 85 countries and territories.

As one of the top real estate companies in Miami, RE/MAX receives 48 million visitors to its websites each year. More significantly, RE/MAX is regarded as one of the most successful real estate sales firms in the United States.

RE/MAX took the top 18 places in a research conducted by Real Trends 500, a leading source for residential real estate rankings. It also dominated the top 50 list, occupying 44 of the available positions.

Century 21 – Peace of mind when selling or buying 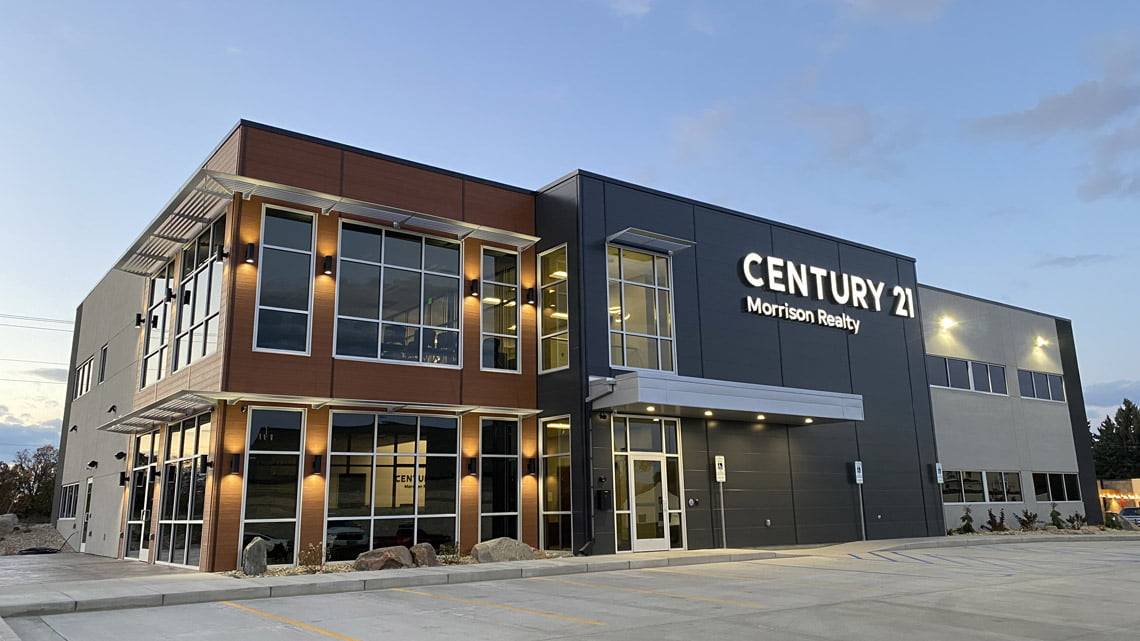 Century 21, a real estate company giant in its own right — and one of the industry’s most recognizable names — has a global presence in Europe, Latin America, the Middle East, and Asia. There are roughly 7,000 independently owned and run broker offices worldwide, with 100,000 colleagues distributed over 73 countries.

According to global market research firm Millward Brown, Century 21 has established itself as a pioneer in e-marketing and has lately emerged as one of the most renowned brands in the business for the 14th year in a row.

The company received the “Likelihood to Recommend and Future Consideration” seal of approval after achieving a brand awareness score of 96 percent among customers.

According to Keller Williams Realty, Century21.com has exceeded growth rates compared to Realtor®, Zillow, and Trulia since adding increased functionality to its website in April 2011. 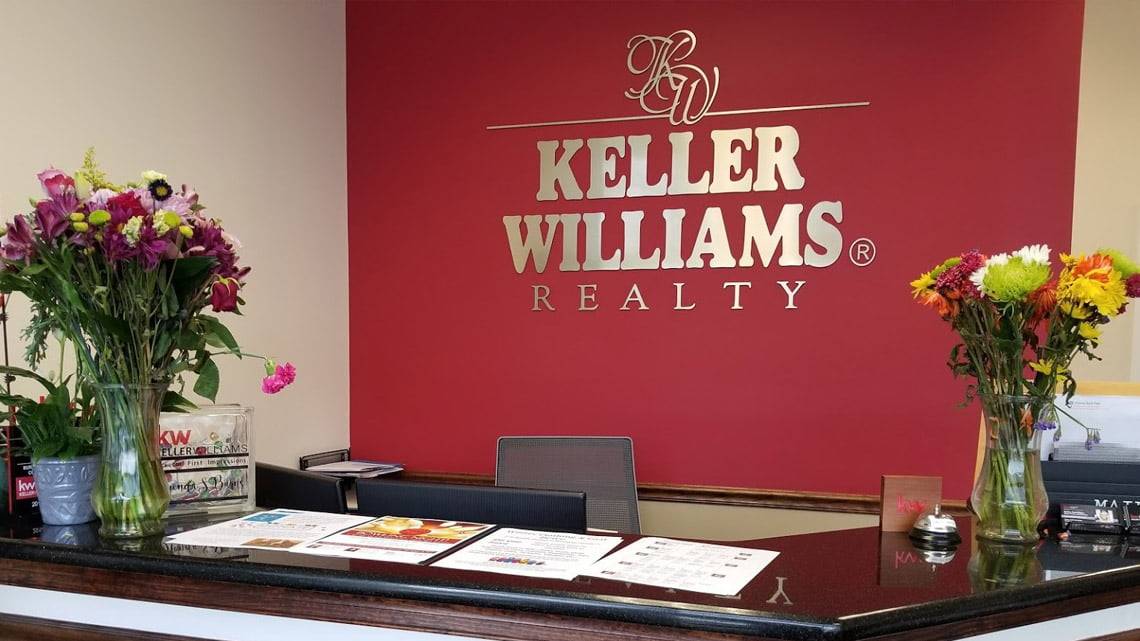 Keller Williams Realty, Inc. is a real estate powerhouse to be reckoned with, having been ranked as the number one agency in the United States by agent count, with nearly 80,000 sales associates.

Keller Williams earned profitability on 91 percent of its countrywide branches in 2012. The firm recently launched franchisees in Vietnam, Indonesia, and Southern Africa.

It intends to expand further into Germany, Austria, Switzerland, and Turkey. J.D. Power and Associates have named Keller Williams the “Highest in Customer Satisfaction” company among home buyers and sellers in Miami. 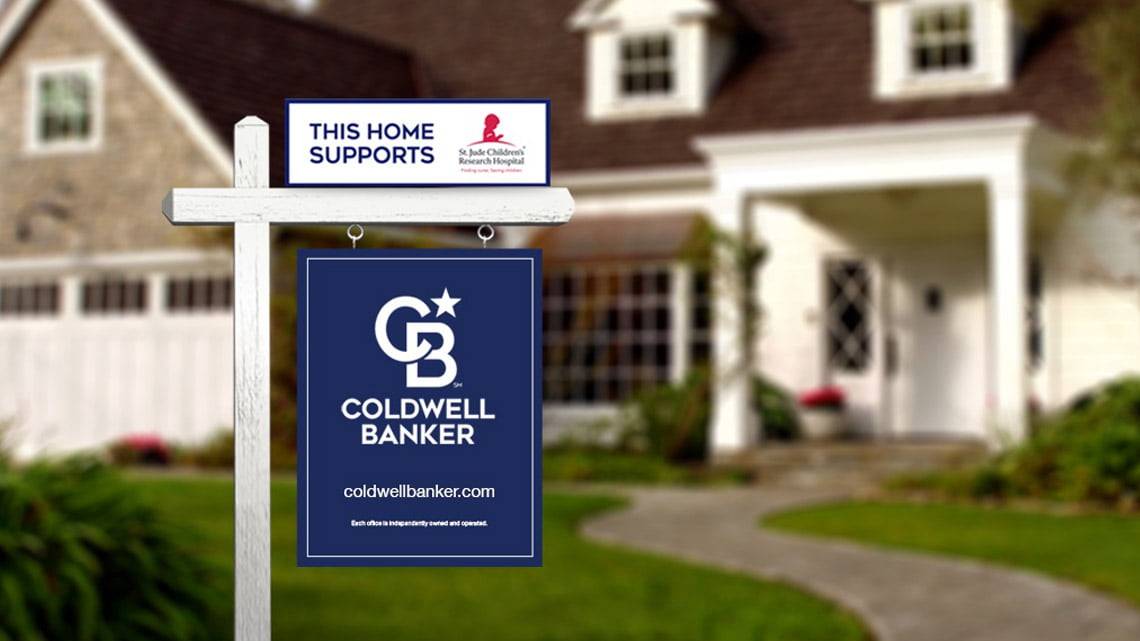 Coldwell Banker has a long history of providing reliable real estate services to its clients, having been formed in San Francisco more than a century ago in 1906. With 3,100 locations in 50 countries and territories, the company has an associate sales force of 82,000 individuals worldwide.

Similarly, Coldwell Banker was named as one of the top 10 companies committed to workforce learning development via Chief Learning Officer magazine’s 2013 LearningElite poll. 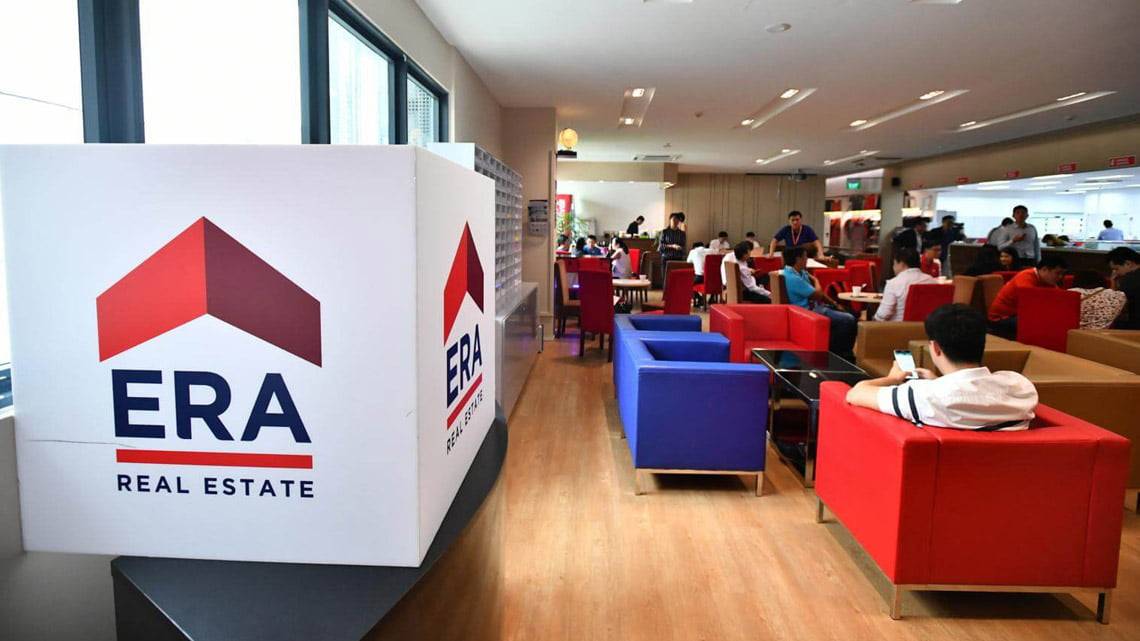 ERA, which stands for Electronic Realty Associates, is operated by Realogy, the parent company of Century 21, Coldwell Banker, and Sotheby’s International Realty.

ERA was founded in 1971 with the goal of championing a then-novel technology, the facsimile, to improve the functioning of real estate services.

Since its inception 42 years ago, ERA has expanded to employ 32,000 sales representatives in 2,400 independently owned and run franchises all over the world. So, if you are looking for the best real estate company in Miami, ERA Realty is one of the tops.

In addition to 46 states, ERA maintains offices in 36 nations and territories. In 2012, the group relocated to Turkey. Electronic Realty Associates maintains its aim of providing effective industry advancements through its website, ERA.com.

In 2012, the site was honored by both the International Academy of the Visual Arts (IAVA) and Inman News. Thanks to a new partnership with Homes.com in 2013, ERA will be able to deliver enhanced social media capabilities, extensive neighborhood data reporting, and real-time broadcasts of property listings. 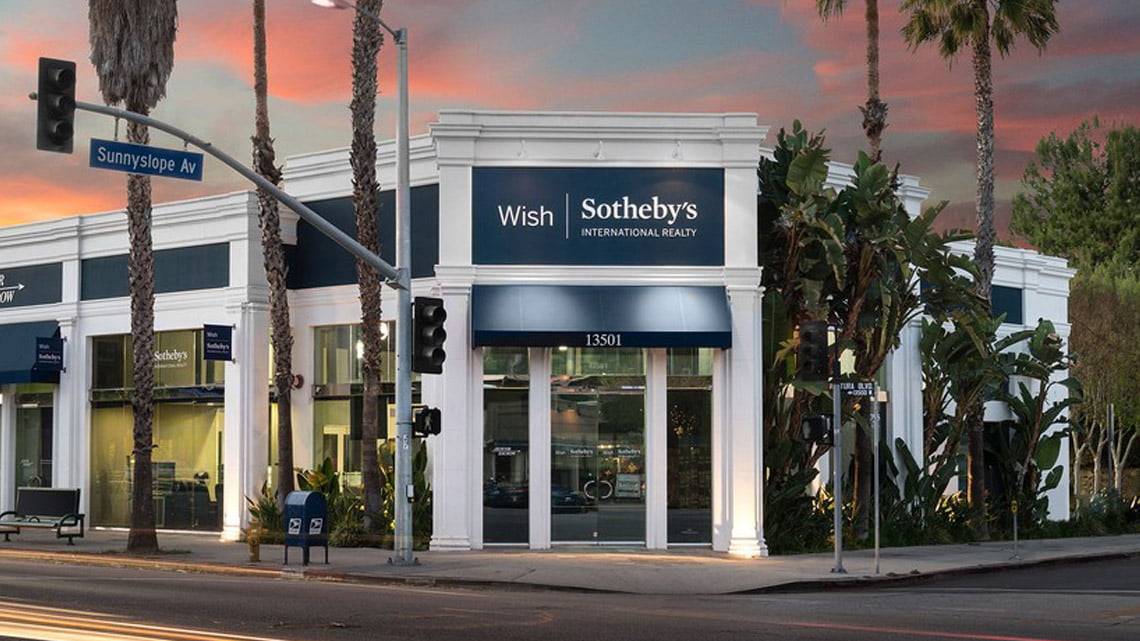 Sotheby’s International Realty® was founded in 1976 after the first Sotheby’s Auction House debuted in 1744. Following a strategic partnership with Realogy in 2004, Sotheby’s was able to provide franchise opportunities to select real estate brokerages.

After years of development across the United States, Sotheby’s moved to New Zealand, Switzerland, and Spain in 2006.

For the previous five years, Sotheby’s has earned Best in Category in Business Franchise Review’s Franchisee Satisfaction Awards. In 2011, the company has 600 offices and over 12,000 agents in 45 countries and territories. 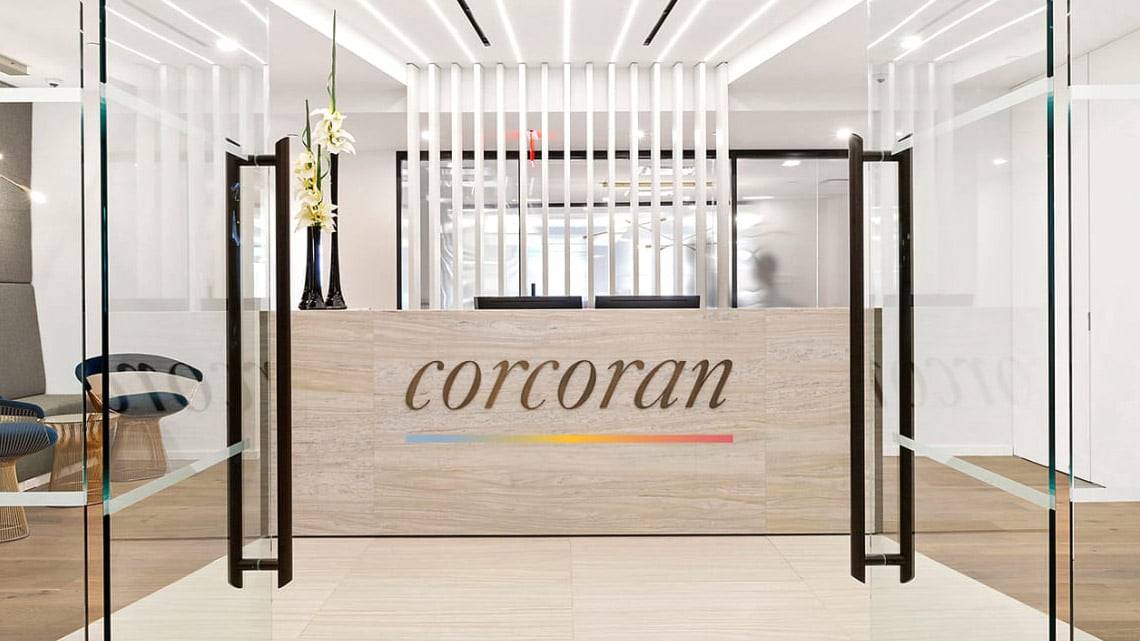 Corcoran offered its now-famous “One Day Sale” when it first opened in 1973. In 1991, real estate tycoon Barbara Corcoran used this ruse to sell 81 units in less than 24 hours.

Her strategy was to collect a variety of properties across the city and sell them all at the same time to her agents’ closest friends.

The Corcoran website went live in 1995, and it was one of the earliest internet real estate platforms. Corcoran is now one of the largest privately held residential real estate firms in New York City.

Corcoran has 32 locations with 2,200 agents serving the New York City region (including Brooklyn and the Hamptons). While those figures aren’t very impressive, the company generates a lot of money, with yearly revenues of $18 billion. This company is also in the top 10 best real estate companies in Miami. 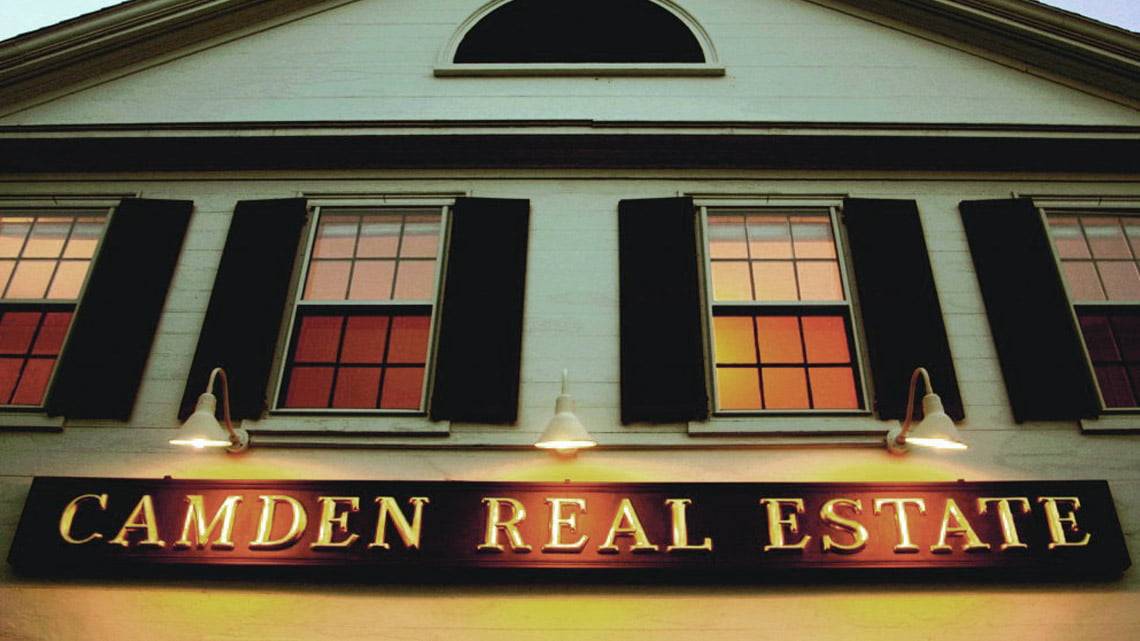 Camden Property Trust has grown to become one of the largest publicly listed corporations of its kind in the United States, specializing in owning, developing, purchasing, managing, and disposing of multifamily residential apartment communities. It owns and manages 192 buildings in the United States, totaling roughly 65,000 units.

The firm is dedicated to maintaining a broad portfolio of high-quality residential buildings. Camden Property Trust is also committed to providing its workers with a proactive, dynamic, and exciting work environment.

Perks include discounted rentals for workers, and a hefty 401(k) match of, minimally, 50% of up to 7% allocation. Most recently, Fortune Magazine named Camden Property Trust one of the top 100 Companies to Work For. 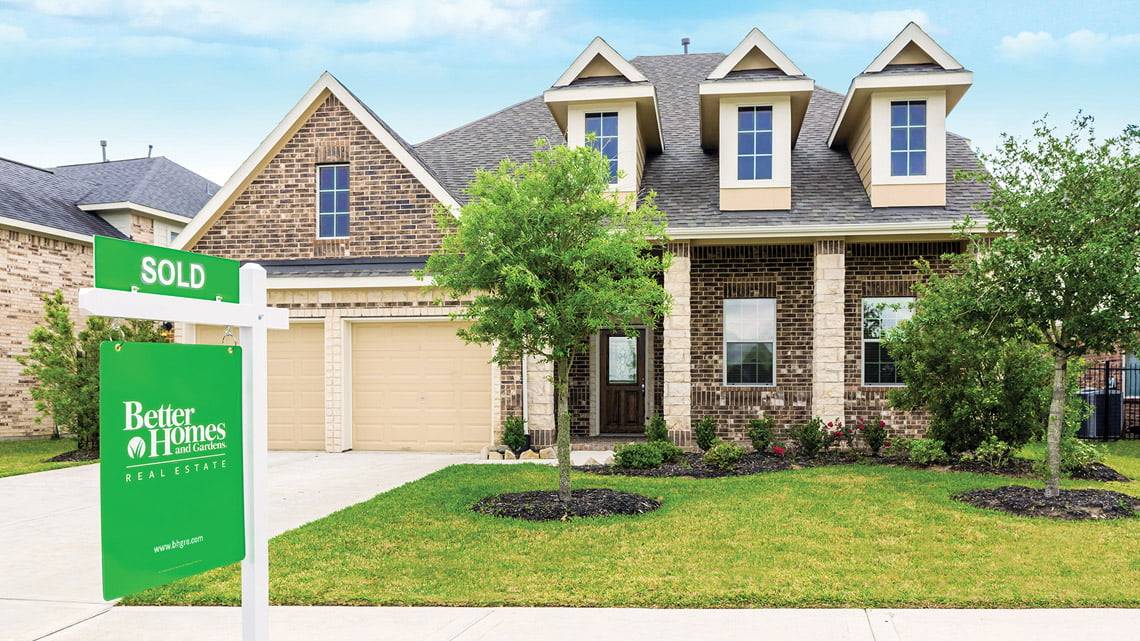 Better Homes and Gardens Real Estate, with 7600 sales associates and 240 locations across Canada and the United States, is deserving of the title of greatest real estate agency.

The real estate business, which was founded in 1978 by the Meredith Corporation, a prominent provider of quality media and marketing in the United States, has established itself as one of the most respectable brands, partly due to its association with a magazine of the same name.

Better Homes and Gardens Real Estate joined a new franchise structure in 2008, which has helped it rise through the ranks.

Expedia was founded by former Microsoft executives Rich Barton and Lloyd Frink. They started the internet site in 2005, and it has grown tremendously since then.

Sure, it’s a website, not a traditional real estate brokerage. According to ComScore, Inc., a renowned digital business analytics firm, when Zillow joined Yahoo! Homes in 2011, it quickly became the largest real estate network online.

Zillow is unique in that it tries to provide its consumers with the tools and apps they need to make their own real estate decisions.

It contains a “living database” of over 110 million dwellings in the United States, in addition to an educational blog.

When you combine that with a property Zestimate® site that includes rent Zestimates, you’ve got a comprehensive set of tools to assist you with your real estate transactions.

There are many options out there when it comes to buying a home. We hope this list of the top 10 best real estate agencies in Miami has helped you identify which company might be right for you.