On Saturday, February 6th, The Shoreleave Showdown Southern-Outlaw Festival, an ambitious 18-hour music marathon, will take over the Magic City Casino in Miami with some of the best names in the game.

Country bands and performers from all over the country are banding together to help raise funds for one of their own, Eddie Spaghetti of Supersuckers as he continues his fight with cancer.

There are two separate stages that will feature live music, as well as food and entertainment the whole day, night, and well into the following morning with a late night after party and concerts.

Headlining the George Jones Outlaw Ultimate Intimate Indoor stage will be Miami’s own The Mavericks, a band that I covered for the Sun-Sentinel from their very first days in South Beach, playing the stages of pioneering live music clubs like Cactus Cantina, Washington Square, and the Stephen Talkhouse, all since closed.

The Mavericks had some odd beginnings, as no country band, particularly one with a Cuban lead singer, had ever come out of Miami and actually made it.

Those early Miami Beach shows in the early 1990s were often 5-hour marathons of killer originals and imaginative covers that had crowds dancing and sweating and still wanting more when they ended.

But make it they did, with some early help from Y&T Records, a spirited album release that led to a showcase in Nashville with MCA Records.

They were offered a deal at the soundcheck by the head of the label, based on lead singer Raul Malo’s soaring tenor vocals and punchy country original songs that had more than a dash of Latino spice.

The band ended up moving to Nashville, despite early vows to stay in South Florida as the industry demanded more and more of their time there.

The early records took Nashville and the country world by storm, by 1996 they won every Country award possible – from the Country Music Association, Academy of Country Music, and the ultimate prize, a Grammy in 1996 for the song ‘Here Comes the Rain”.

Eventually, the band took an extended break that lasted 10 years, but then came roaring back with 2 remarkable releases – “In Time” and “Mono” that found the group in rare form with sophisticated songs and confidence that shines through every track and revved up a live performance.

Worldwide tours, unanimous acclaim, an Americana Music Award last year for Best Group, and new Grammy nominations for “Mono” this year have found the band back in the major spotlight again.

They have been making regular sweeps through South Florida for the past 2 years, this is a great chance to see them in a sit-down theater setting at the casino showroom.

Another performer near and dear to my country’s heart is Rosie Flores, a rare bird in the country rockabilly world as she has earned as many accolades for her guitar playing as for her singing and songwriting.

These past few years have found her nabbing two fan-voted Ameripolitan Awards in 2014 – taking one for Best Female Honky Tonk and the other for Best Female Rockabilly; a Peabody Award that she accepted onstage at the Waldorf Astoria in New York City for her narration of the documentary “Whole Lotta Shakin”; producing Janis Martin’s 2012 CD “The Blanco Sessions” which tied at number one with Rosie’s “Working Girls Guitar” on the charts. 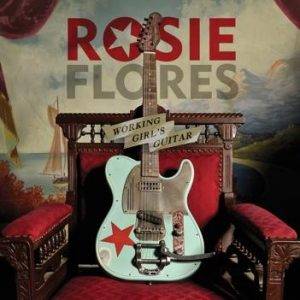 Her current album is Working Girls Guitar, a record that marks a first for Rosie as she is not only the producer but is the only guitar player, which garnered feature stories in Guitar World, Premier Guitar , and Guitar Player.

She penned new tunes that ride some new waves. Twanging between a rock and a surf place, Rosie fires up the big chord guns on songs that tell some hard-earned tales. “Working Girl’s Guitar is Rosie to the core. Sassy, classy, and ready to kick ass-y.” said Guitar World of the record.

Flores took flight in Southern California and is a major figure in the Austin music scene along with Los Angeles  – as well as in Europe and Japan.

Critical raves from prestigious publications such as the Los Angeles Times, a cover story in the Austin Chronicle, and the proclamation of Rosie Flores Day in Austin were topped off by an induction into the Austin Music Hall of Fame.

Her current project is a blues record she’s been recording in Nashville. Says Flores “I was just 16 years old when I first picked up the guitar and started playing along with blues records that my friends and I were collecting.

Now I’m settling into singing and playing some of those old cool songs with some cool cats that are my age. There are a few originals and some great old tunes that we’ve all been collecting for this project.” Look for the record later this year.

Another great Texas performer in the vein of Johnny Cash, The Derailers, Robbie Fulks, the Matt Poss Band, Jesse Dayton, Girls Guns Glory, and The Mastersons.

If all that ain’t enough kick-ass country for ya, there’s a double secret Showdown Throwdown After Hours Party that will last until 4:30 a.m.

This late-night party will feature Miami’s own Surreal McCoys, with the return of the Supersuckers in their first appearance in over a year following Eddie Spaghetti’s cancer treatment, plus the legendary LA pioneering punk band X with an All-Star jam to finish the night.

There will also be contests, door prizes, a silent auction of amazing memorabilia, raffles, and even some Superbowl pre-game fun.